You’ve heard of micro loans, but how about microsavings? 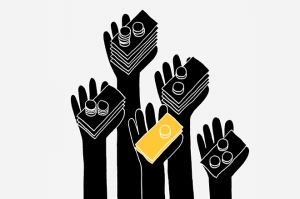 I ran into the news about a pilot program to start later this year. In this program Des Moines, Iowa-based Social Money is looking to help underserved customers in India save money with the use of its CorePro core banking software, reports Bank Innovation. I was wondering what could Bitcoin/Blockchain technology mean for this program?

Social Money had some exposure to India already, working with ICICI Bank in Mumbai to advance Social Money’s flagship Smartypig product, a social, goals-driven savings account. The problem Social Money has now set out to solve is bringing banking to the financially underserved, according to Social Money President Scott McCormack. Read more